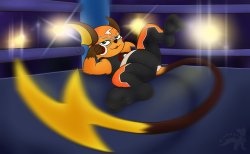 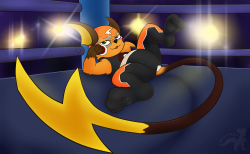 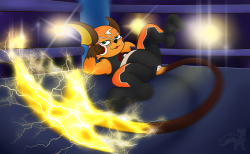 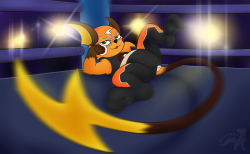 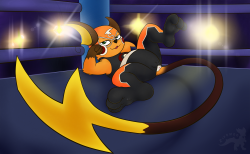 After playing a bunch of Super Smash Bros. Ultimate on Nintendo Switch (my main is Pikachu; no, I'm not ESAM) I took interest in Pikachu Libre character. But I also think Raichu is superior. So I commissioned ZiPo to draw me Raichu Libre. With a cameltoe. So here she is. ZiPo wanted to make more versions (torn clothes, naked and male), but even the base took him so long (what was it, 8 months?) that he decided to stop after finishing this one. 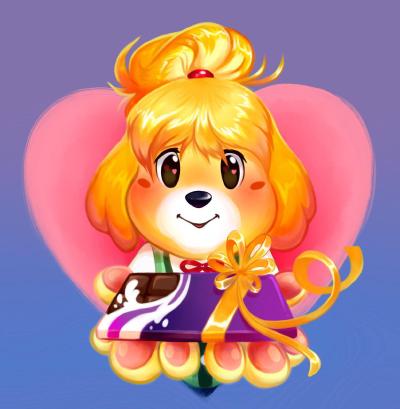 Isabelle is giving you chocolate

I commissioned Nix to draw Isabelle from Animal Crossing: New Leaf giving you chocolate for Valentine's Day. She even finished it by this year's Valentine's Day, so I wasn't as sad on that day. 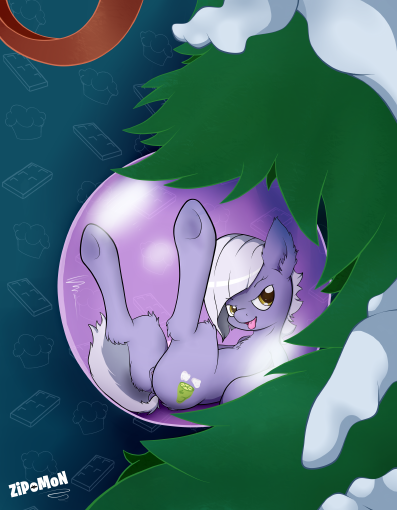 Limestone Pie in a bauble

A YCH by my friend from a year ago. Nobody ended up buying it, so he promised to draw it for me instead. After a year of not hearing about the said YCH I “officially” bought it, so he finally started to draw it. I'd say money well spent. 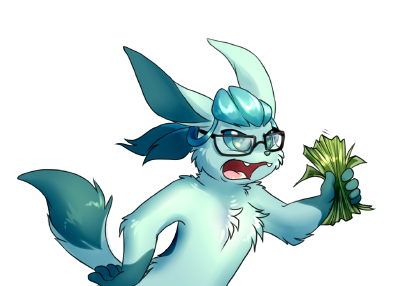 Galceon: "Shut up and take my money!"

I saw my friend's character doing the meme and gradually I wanted the same for my pokesona. So here it is. As you can see, this was drawn by Nix. 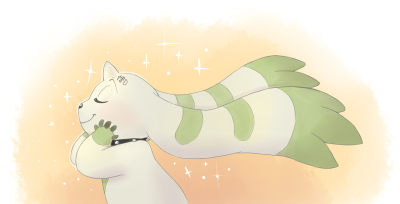 I commissioned Nix to draw me a Terriermon the way models pose in shampoo commercials. I had that idea every time I was thinking about that image ZiPo drew as my website logo and that I vectorized in order to engrave it on a thermos (I think it actually fits a cup more since it's more wide than it is tall). She thought I was talking about my character, and I didn't object, but I did ask her to make a version with a regular Terriermon. Apparently, she considered it the primary version, because it's the one she posted everywhere and it has the highest resolution. Although it's a simple colored sketch, so not much detail is lost in other version. 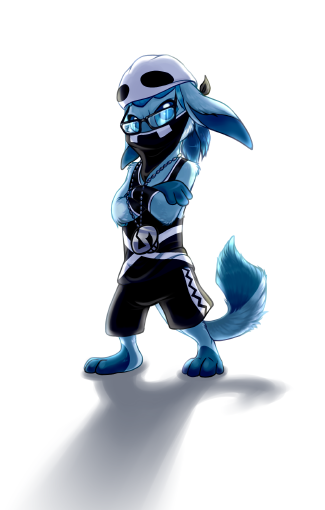 Just 19.5 months after placing the order Nix started drawing my commissions. This is the first one out of currently 11 (!) that I put into her backlog. Some of those aren't even relevant anymore… Anyway, my first commission was my pokesona as a member of Team Skull from Pokemon Sun/Moon. 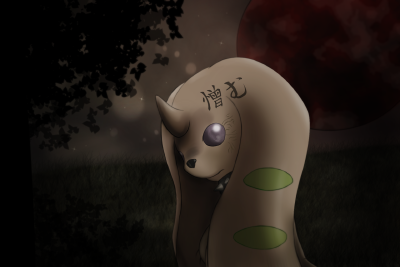 Here's that image I never posted. Wow, it's been more than two years since ZiPo has drawn it. I never liked the image because colors seemed too dirty for me. I mean, there's so much brown, and it looks like Terriermon is covered in dirt. Actually, now that I look at it again, it's not bad at all. The detail is pretty high, the anatomy is fine. Maybe eyes look kinda insect-like. I'm still not a fan of the color scheme, but I actually like this art now. 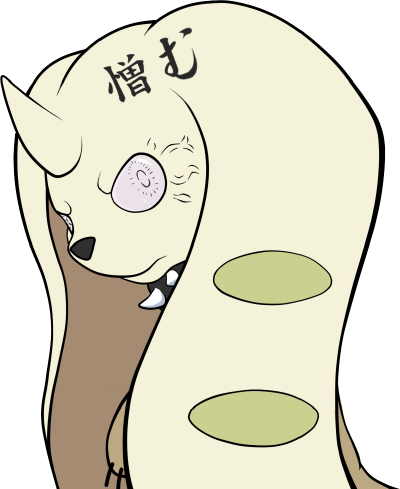 ZiPo got kinda fed up that I wasn't using Terriermons he made for me (except that old 150x150 image from 2009), especially the one he was kinda proud but I wasn't happy with and never even posted, so when we got together one time and got drunk he decided to remake that Terriermon. And this time the result was pretty good. It's my current avatar for Xbox Live.

Back in April my friends and I had an idea for a custom cup design for our tea parties. My friends helped me brainstorm the design idea, and I then commissioned Nix to draw my characters drinking tea. 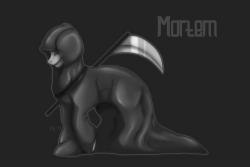 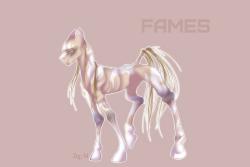 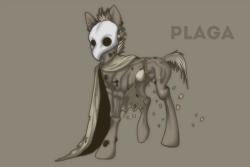 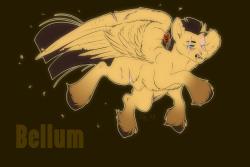 I found a reblog of a post by an artist, Zig_M, in need of some money. After thinking for a while, I came up with an idea for a commission. It was four horses of the Apocalypse in MLP style. Sadly, the artist declined payment saying that the commission was too interesting to charge money for it. Then she changed her art group a few times. And her commission practices are confusing.