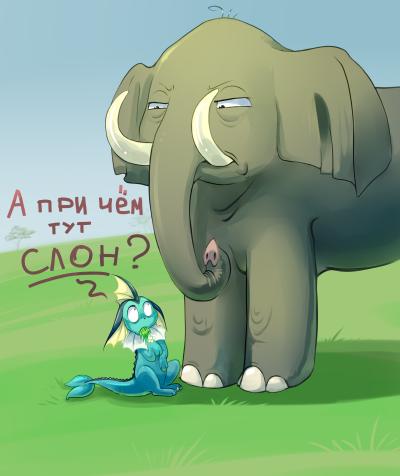 Quite some time ago I was reminiscing about an episode from a show called Yeralash, specifically “Что делал слон?". I was also thinking about pokemon, then it struck me, that the word “Napoleon” sounds very similar to “Vaporeon”. So I commissioned Nix to watch the aforementioned episode and draw pretty much the main joke from it, except featuring Vaporeon.

P.S.: It's been a long time since I used Hugo, thank gods I wrote a documentation for a theme I made, otherwise I'm not sure I would've been able to post another entry properly.